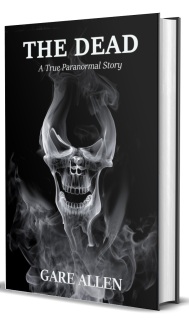 #1 BEST SELLER  The Dead: A True Paranormal Story
“This story combines spirituality with the paranormal.” -amazon.com e-reader
“I was twelve years old when my bed levitated itself.”
The first line of The Dead: A True Paranormal Story begins the candid story of true, paranormal experiences. Told in chronological sequence, Gare Allen describes, in haunting detail, his encounters with an intrusive spirit that haunts his house and an angry demon that cannot be banished.
His sanity is tested when he receives warnings from the other side through a psychic that channels a disembodied spirit.
Based on his chilling encounters, it is clear that The Dead are not dead. 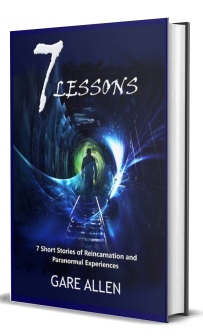 In 7 Sessions, Book One in the 7 Lessons series, Greer has tapped into a past life. His sessions reveal Julia, a previous love. Struggling to make sense of the memories, his buddy Sean helps him work through the metaphysical experience. The parallel of past and present events is undeniable as the story unfolds.
In 7 Regressions, Book Two in The 7 Lessons Series, the story picks up three months after the ending of 7 Sessions. Greer visits Beverly, a regression expert, and uncovers startling realizations about his past that affect his still forming relationship with Ashley. His buddy, Sean, reveals his childhood ghost story explaining his aversion to the Ouija Board.
In 7 Apparitions-Book Three in The 7 Lessons Series, Greer is haunted by the appearances of ghosts and strange, terrifying entities. His relationship with the ever patient Ashley is put to the test as he conceals the truth about the events from her. Determined to end the barrage of frightening occurrences, he enlists the help of Spiritual Healer, Beverly. His buddy, Sean, lends his insight and support as they endeavor to make sense of the strange encounters. Through their experiences they grow and make connections in this third installment.
In 7 Abductions-Book Four in the 7 Lessons Series, with the assistance of Beverly, Greer recalls his terrifying alien abductions and his subsequent ties to ancient Egypt. His best friend, Sean, reluctantly uncovers his role in shared past incarnations and Ashley grows closer to Greer, as the continuing story unfolds.
In 7 Projections-Book Five in The 7 Lessons Series, Greer recalls a series of out-of-body experiences. An intriguing, spiral staircase acts as a portal and transports him into several of Earth’s potential futures. During his projections, he is witness to strange and terrifying timelines involving alien invasions and the collapse of the world. His relationship with Ashley reaches new heights and his best friend, Sean, defines his role in the shared incarnations of Greer and his girlfriend.
In 7 Predictions-Book Six in The 7 Lessons Series, Greer visits a psychic and receives intriguing insight into his future. As Madam Fanna’s predictions unfold before him, Greer prepares for a major evolution in his relationship with Ashley.
Selene provides her own insight into a devastating future and prepares Greer for his next and final experience in 7 Reflections-Book 7 in The 7 Novellas Series.
In 7 Reflections-Book Seven in The 7 Lessons Series, Selene provides insight to Greer’s previous incarnations to help him define his karmic mission. With the use of an oval, astral mirror that reflects the significant events of his past lives, Greer endeavors to break the destructive cycle and prevent the end of the world. Unaware of Greer’s recent adventures, Ashley travels home to Chicago and prepares for their wedding while Sean and Sobek accompany Greer on a road trip to marry his soulmate. 7 Reflections is the final story in The 7 Novellas Series. The events in the seven short stories are based on actual paranormal occurrences that are described in haunting detail in The Dead: A True Paranormal Story by Gare Allen. 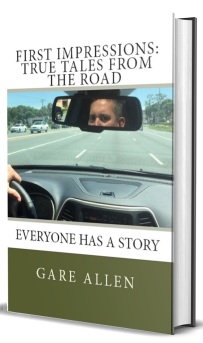 First Impressions is a moving and entertaining account of the interesting people that the author encounters while driving for a ride sharing company.
False assumptions based on his first impressions dissolve quickly as he gains insight into the passenger’s personal stories. Often humorous and always moving, we learn what gives some of us direction and drives our ambitions. Moreover, we discover   that everyone has a story. 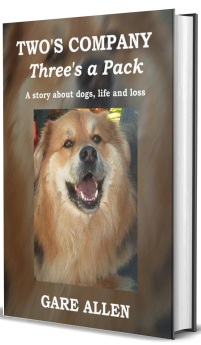 “Of God’s many creations, there is no creature more deserving of His name spelled backward than the loyal and loving canine.” -Gare Allen 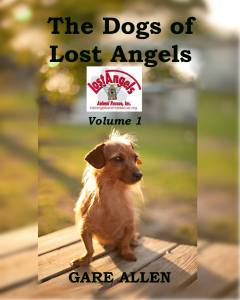 To purchase The Dogs of Lost Angels click here 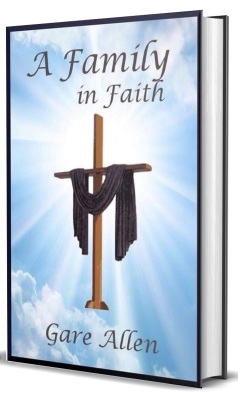 A Family in Faith

A Family in Faith is a wonderful story of unconditional love. It reminds us to always have faith in ourselves and one another.” Adam loses his way and abandons his faith. His family refuses to give up on him as they navigate the dynamics of a modern day family. 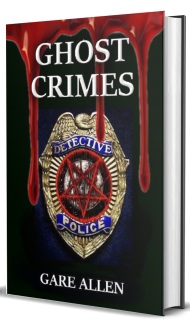 Paranormal activity isn’t limited to missing household items, strange knocking on the walls and glimpses of transparent images out of the corner of our eyes. Sometimes, the activity is aggressive, harmful and even fatal. Thanks to paranormal investigators, psychics and mediums and people willing to openly share their experiences, our awareness of other-worldly beings has expanded. Over the years, law enforcement personnel have experienced their share of paranormal encounters but weren’t always willing to face potential ridicule at their admission. Today, the occurrence of the unnatural is so prevalent that official police cases have a designated code to define a crime’s paranormal element.

Ghost Crimes chronicles the crime investigation cases of Detective Burke. Residing in central Florida, Burke is driven by his sworn duty to protect the innocent, especially children. A possession case in June of 1996 finds him face-to-face with the paranormal world. He struggles to make sense of the unbelievable event and many more to come.